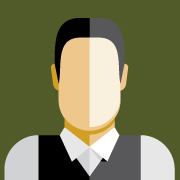 Buying a house is a lot more complicated than many people think. One small mistake can end up costing you a small fortune or allow another buyer to come in and snatch your dream home out from under you. How can you avoid making mistakes while buying a house? This blog will show you several things that you should be aware of during the buying process. You will learn tips for finding the house of your dream and advice to assist you in buying it. We hope that what we have provided here will help you get exactly what you need through a positive experience.

If you're looking for houses that are for sale, chances are you're going to come across at least one property with some history that might not be positive. These properties, called stigmatized properties, can often be had for a lower price, but they can be psychologically or physically uncomfortable places to live in. Those lower prices may tempt you to ignore the stigma, but you should consider each house's situation carefully before putting any money down.

Is There a Clear Danger to You?

One thing to consider is if there is a clear danger to you. For example, a house known for long-term gang activity might not be a safe bet for you -- what if the gang came back, unaware that the house had been sold and the old owners were no longer around? Another problem is drugs. If the house was previously a meth lab, for example, the residue from creating the meth can get into the home's structure and make you and the other occupants sick. Meth is just one example (and it can be tested for easily before you buy the home), but you see how these stigmas can sometimes carry real and immediate dangers.

Is the House Considered Notorious?

If the reason the house is stigmatized something that has made it famous? If the house was the site of a famous murder, for example, it could be widely known as associated with a murder -- and that brings morbid tourists and thrill-seeking kids. You may have to put up with people forever stopping by your home and treating it as if it were there for their entertainment.

The same thing can happen if the house was merely famous, like one that's been used as a location in movies. In fact, that can sometimes be a worse situation than having a notorious murder in the house. The facts of the murder gradually get consigned to history. But a house that people see in movies over and over again can have streams of visitors daily.

Was the Event Natural?

Consider whether the event that led to the stigma was natural. Someone dying of a heart attack in the home would be a natural death, one that likely wouldn't lead to hauntings. But a suicide, for example, can become the subject of many conspiracy theories and lead to accusations that the place really is haunted.

Have each stigmatized property you look at tested for prior drug use and try to research what happened in the property. You can find some good deals if you're willing to dig into the house's history. For help researching a specific home or for more information about stigmatized properties, talk to a realtor like Sell 4 Free Real Estate Welsh Realty Corp.